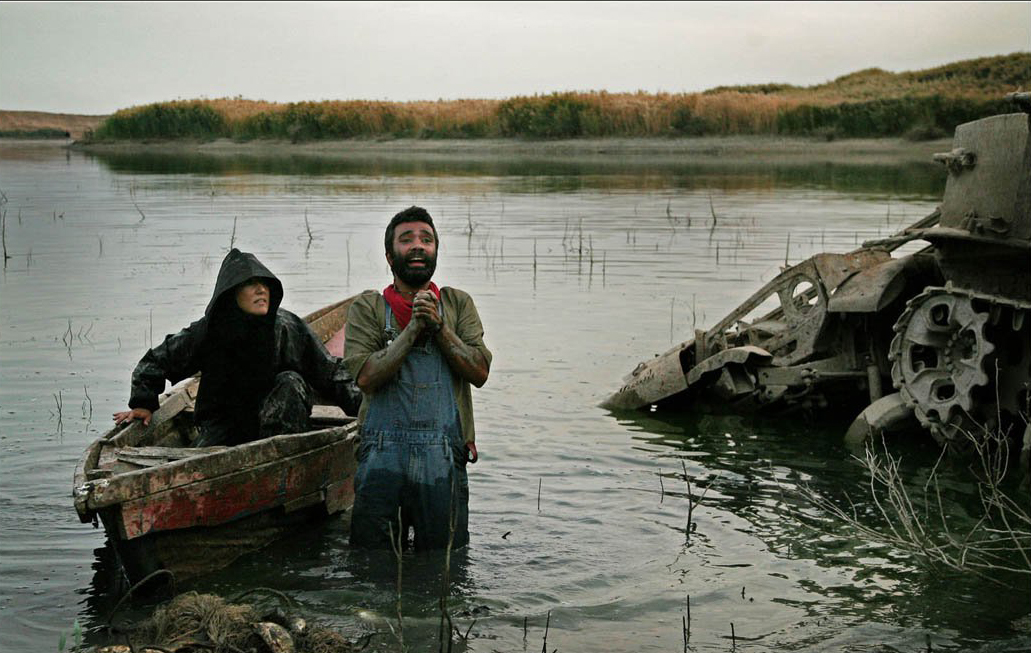 The Polish-American boxer Daniel Dalca escapes his problems by enlisting in the army. After four years when his mission is over, he was to sent back home where he would have to face his past problems. So he decides to desert the army. In the middle of a desert he gets bitten by a scorpion.

On the very day of her marriage, 29 March 2003 Rebecca lost her husband during the British-American attack on Iraq. Today she’s managing a little restaurant on the Iraqi borderline where she hosts Iraqi and American soldiers. She goes to the landmines to clear mines in order to plant trees and palms at the very same places.

Saleh Al Marzouk  is an Iraqi math teacher who lost his family on the 29 March Baghdad bombings. Meanwhile he detained and later imprisoned at the infamous Abu Ghraib prison for three years. Disguised as a woman, he plans to blow himself up at a restaurant on Christmas Day in 2009. There, he suddenly discovers a picture of himself on the wall, when Rebecca enters the restaurant. Shocked, Saleh runs away.

A missing envelope of money going from hand to hand links the lives of several people of various backgrounds and origins, all living in Paris.

Marzieh is a young female actress living in Tehran. The authorities ban her theater work and, like all young people in Iran, she is forced to lead a secret life in order to express herself artistically. At an underground rave, she meets Iranian born Saman, now an Australian citizen, who offers her a way out of her country and the possibility of living without fear.

Ayyari wrote the script and the film reveals the story of Dr. Gharib’s life from his childhood to the death. It also deals with History of Iran during 1905–1975.

An historical drama about the hijab unveiling in 100 years ago in Iran.